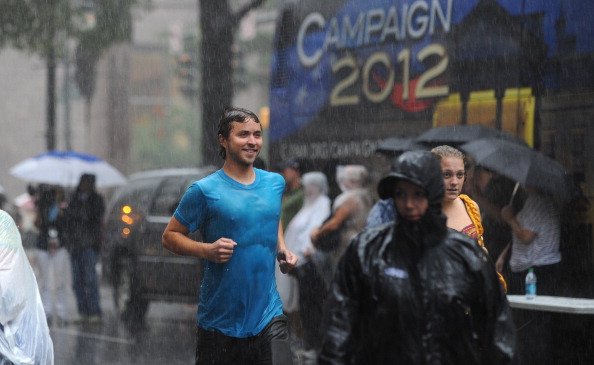 A man jogs in the heavy rain of a thunderstorm at the Carolina Fest street fair, on the eve of the Democratic National Convention (DNC) on September 3, 2012 in Charlotte, North Carolina. The DNC, which opens September 4th, is scheduled to culminate on September 6th with President Barack Obama speaking at the outdoor Bank of America stadium "rain or shine" to accept the party's nomination. It is unclear if the weather will cooperate as the National Weather Service predicts thunderstorms and a 40-50 percent chance of rain through September 6th. AFP PHOTO / ROBYN BECK (Photo credit should read ROBYN BECK/AFP/GettyImages) 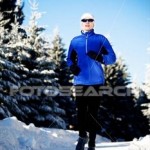 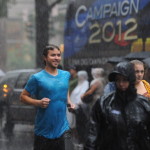